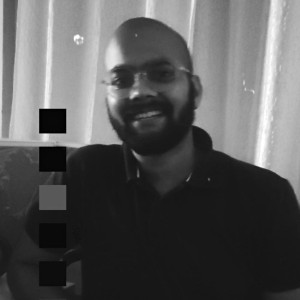 amoCRM is a great supporter of the full automation of the marketing processes that are almost as necessary as the product itself for an organization.

Now, while there are many who would argue this fact, the founder of amoCRM has unique points on this matter.

These points have been supported by the biggest fishes in the ocean of marketing.

The thing is that with the observation and implementation of the unique principles that amoCRM works on, there is a complete success picture of the marketing field.

“On average, sales and marketing costs average from 15%-35% of total corporate costs. So the effort to automate for more sales efficiency is absolutely essential. In cases reviewed, sales increases due to advanced CRM technology have ranged from 10% to more than 30%.”

– as said by a Harvard Business Report

The company, amoCRM, was founded on the principles of bringing efficiency in various organizations across the world and further the importance of CRM. 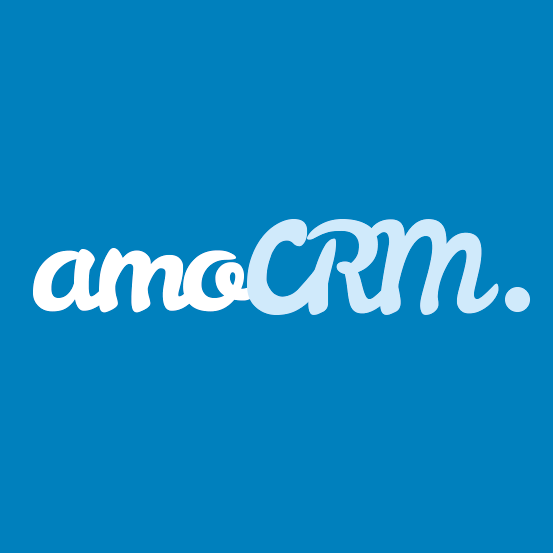 At present, the company is centered in San Francisco and since 2011, it has supported over 50,000+ small and big organizations, which is quite a huge number.

The statistics say it all, CRM is indeed a successful automation system.

The Idea Behind amoCRM and The Concept Of Conversational Selling:

The company amoCRM was founded on the basis of the introduction of technology in the field of marketing and increase the sales of any company.

With slight irregularities, any company can stumble to the hurdles that the ups and downs of the market throws.

But, with the usage of CRM and current world marketing technologies like Artificial Intelligence, any organization can overcome these hurdles.

amoCRM is a strong supporter of the usage of Instagram, WhatsApp, and Facebook in order to increase the sales of the company.

Thus, it can be said that these instruments can be vital in the process of marketing.

If we talk about Facebook and its product Instagram, the 2 have had quite a great deal of success ever since the launch of the ‘Shop’ section.

So, for now, we can say that there are chances of great development in that field too.

Also, there will be a time when most of the selling will be done on the basis of these apps which can gather the attention of people in humongous amounts.

The country of Russia and the CIS regions has many companies that have utilized this concept of CRM introduced and furthered by amoCRM.

Each month, around 2000 customers join amoCRM and become a part of their family and this is why it has proved to be quite the best in implementing this concept of marketing automation.

The automation of the entire process of marketing also involves the relationship, feedback, and also, the message and the story of the product.

These things have to be smooth or else, the entire marketing structure is deemed to fail. With tactics like these, amoCRM has gathered quite the support that it needs. 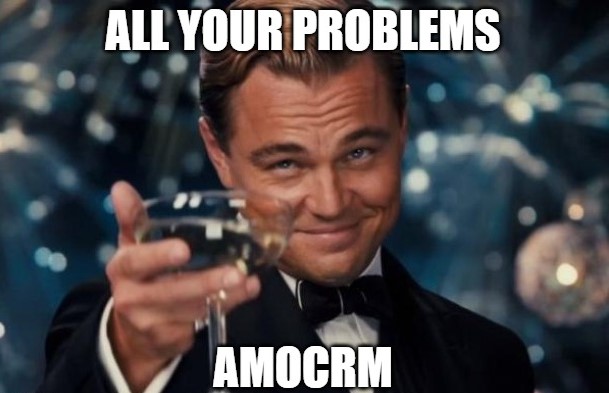 Features That amoCTM Offers With Services :

When it comes to privacy, the utmost importance should be given by any organization to this feature.

The main point of amoCRM is that it respects the privacy of its customer organizations.

It is a fact that many companies have suffered due to the lack of significant privacy knowledge. amoCRM knows this fact.

Hence, during the automation process, it doesn’t display any kind of statistics or information that isn’t needed by the customer, ie, the sale stats or the overall customer stats.

One of the most important reasons behind companies not seeking the help of CRM providers is the lack of privacy.

Hence, when it comes to amoCRM, it only asks its customers the most general information like the number of employees and the size of the organization, the experience of the company with other CRM providers, and the industry that the organization deals in.

Thus, in general, the conversational selling scheme of the company may or may not be influenced by the presence of amoCRM.

At the end of the day, the company’s decision prevails.

amoCRM recognizes the way many messaging apps are becoming a  part of a human’s life. There are many apps like WhatsApp and Facebook with billions of users on a daily basis.

These apps have become significantly successful and hence, we can say that there is a huge scope in selling or marketing items with the usage of these apps.

Also, the demand for various other products that can be integrated with softwares is also increasing and hence, organizations like Zapier have become quite prevalent in today’s world.

So, with the passage of time, the demand for services that can help organizations switch to these tactics is increasing and this is where amoCRM has brought significant changes.

While there have been incidents of companies extending their product’s functionalities in order to increase their reach instead of launching new products, companies like amoCRM have helped many organizations do this.

So, the experts at amoCRM have declared that the future of marketing and the customer-company conversation will take place on various messaging apps and this is pretty visible from the inclusion of the ‘Shop’ section in Facebook and Instagram.

amoCRM believes that there should be a kind of balance when the conversation with a customer is implemented.

The thing is that AI cannot be programmed to behave like a human in all and every way. Hence, when conversational messaging is taken into account, chatbots can work but, to a certain extent.

So, when the customer asks questions that the chatbot can’t comprehend, immediately the responsible marketing manager can be alerted so as to take the conversation uphill.

Thereafter, there can also be an option whether to switch to live support and ask various doubts or continue with the chatbot support.

These features have been implemented in conversational selling and hence, it can be said that such features are quite effective too. 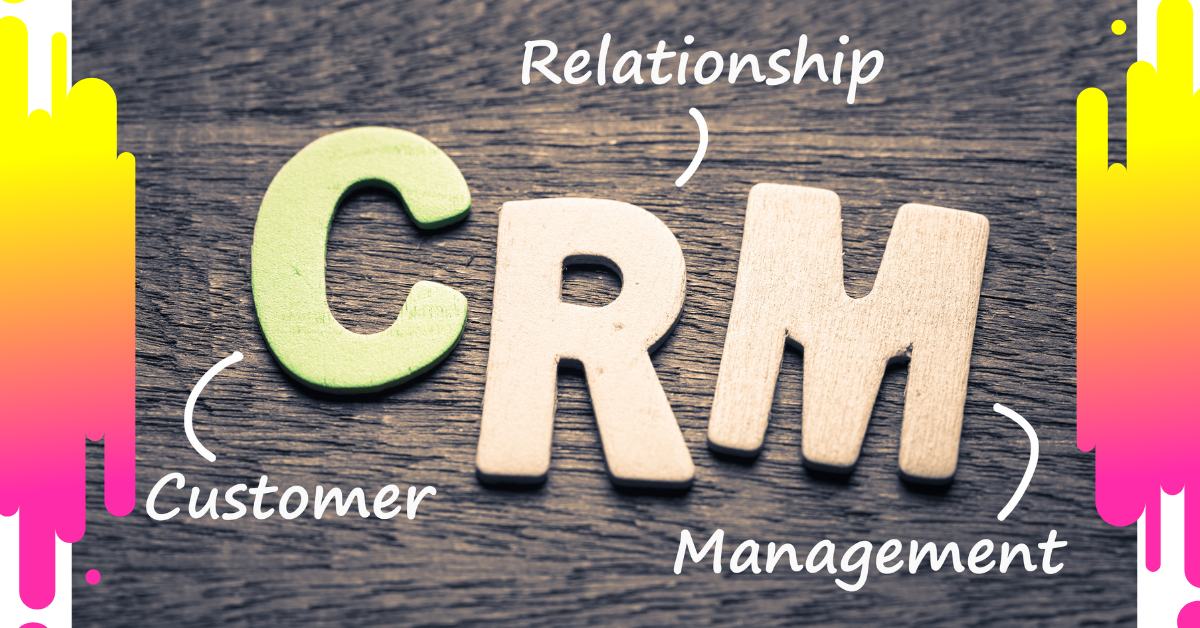 Hence, the right kind of balance between various parts of the marketing team is very important and should involve technology along with the human workforce.

So, It Boils Down To This :

No doubt that the technology of CRM is very efficient and hence, it can be used in various fields too.

While the new concept of CRM revolves around a single software binding the entire day-to-day works of an organization into a single unit, it has been found that there will be a time when the entire world is used to the concept of CRM.

CRM promotes growth with the help of technologies and there is a surety that when the sun shines, it shines brightest on those aided by technology.

With the recent COVID-19 pandemic, many poor lives have been lost and also, many companies and businesses have found themselves in the fires of bankruptcy.

For more reliable information and to consult our experts, you can JOIN US, and together we can achieve what we are destined to.

B2B SaaS marketing is not easy.  The ones who have made it know how many strategies fail and how many can cause

4 Important Lessons For B2B SaaS Startups To Help Their Growth:

In the year 2018, the number of B2B SaaS startups in India was around 50,000 and since then, this number has surely

The B2B SaaS organizations looking for immeasurable growth need to focus on some things that are mostly overlooked by companies. Although it

Lets be honest. There are tons of ebooks and rehashed crap in the world of digital marketing. Why would you need to put in your email to get another report? I will simply put it this way. We are talking in terms of examples and case studies which small businesses like yours could implement right NOW. Exact strategies, tools, case studies and coupon codes that would otherwise mean approximately 160 hours of your time if you had to research it all yourself. We are giving this away to start a new relationship with you. Nothing more yet nothing less. Lets strike a worthy relationship thats here to last.

Something Not Rehashed! Yet FREE.

MarketerNeeds is a digital journal about all things that start from SaaS and end with marketing automation. With the rise of digital agencies and the mass scale increase of websites – its very easy to get distracted from the end result. All automation is useless unless you are getting your sales process aligned. Right from capturing that lead to getting your first sale is a journey that can be automated if you are well aware of what it takes! Lets try to weed out all unecessary flutter to meet the needs of the marketer with automation that matters!

Facebook-f
Twitter
Instagram
I am an avid follower of Marketerneeds. The reason I love this blog is because it brings out things as they are. They are pure value. Period.

Amanda LeeSupport Company
I have been reading MarketerNeeds for a while. I love the way they cover. Best part is they are very updated and cover stuff thats most trending in the world of marketing and automation.